A short story about a Geek and a Gecko

Almost ran over a gecko with my scooter. That would be so uncool. Geckos are small lizards and this was the first time I saw one in the middle of Ljubljana. 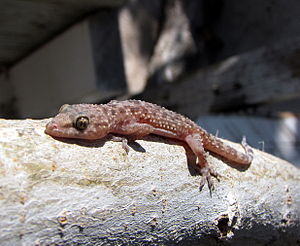 Commuting with a train can be quite interesting. Older lady was observing my water bottle and after a few minutes finally said it: “Is this an oil candle?” Why on earth would I have an oil candle (people put on a grave) on a table on train? Dunno. People are strange.

Lately we are paying much attention to human-computer interfaces, but somehow we started to neglect human-human ones. Half-listening to customers requests, not recognizing new onces or the less frequent ones. Let me give you an example. Two older women decided to make a trip to Ljubljana with the train. They bought return ticket or at least they thought they did. As it turned out, they had one way ticket only and had to purchase tickets on the train, which is much more expensive. You can guess they weren’t pleased with the situation, especially not because they could get discount for seniors if they bought the tickets at the train station. Now, who’s to blame? The woman behind the counter at the train station or these two seniors not verifying their purchase? Me? Don’t even try. :)